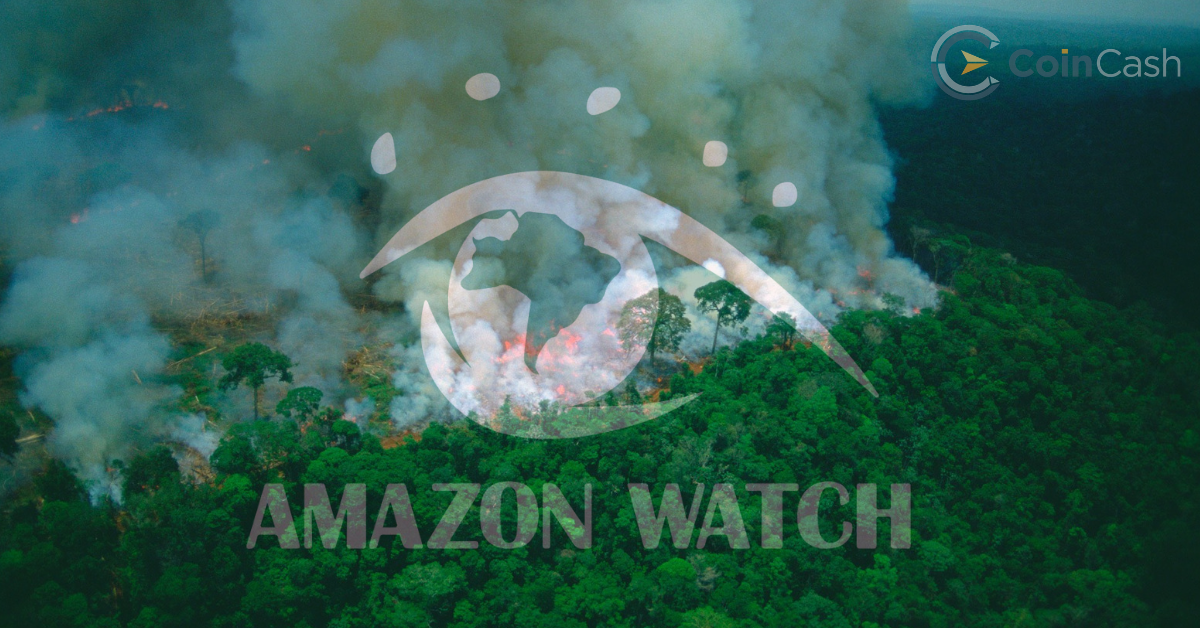 BitPay, which deals with cryptocurrency payments, faces another PR nightmare after rejecting a $ 100,000 donation to Amazon Watch, a charity dedicated to protecting the rainforest.

Amazon Watch, which aims to protect the Amazon rainforest ecology and indigenous peoples, complains in a Twitter post that BitPay's internal controls have failed to secure the large donation.

The donor candidate wanted to contribute to extinguishing the currently raging Amazon forest fire in Bitcoin (BTC), the organization says, but the payment failed due to BitPay.

Officials from the organization tried to contact BitPay but did not receive a response to their request. 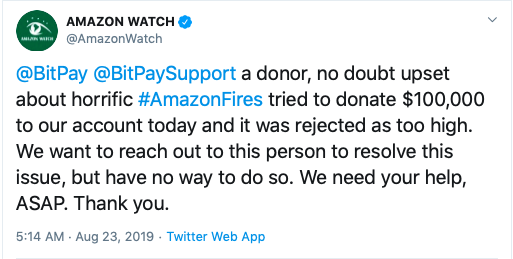 The donation was reportedly blocked because of Amazon Watch's payment limit, which is set below $ 100,000 meaning they are unable to accept donations above that amount. When they replied to the organization's tweet, BitPay advised them to increase the limit on their dashboard, but the online interface probably didn't allow them to do so. They contacted BitPay again, then the company revealed that there was no way to change the limit without submitting additional documents, which can prolong the process even more.

Do you think BitPay should have helped Amazon Watch more and faster given that the lungs of our earth are on fire?

Have you ever donated to someone in Bitcoin?