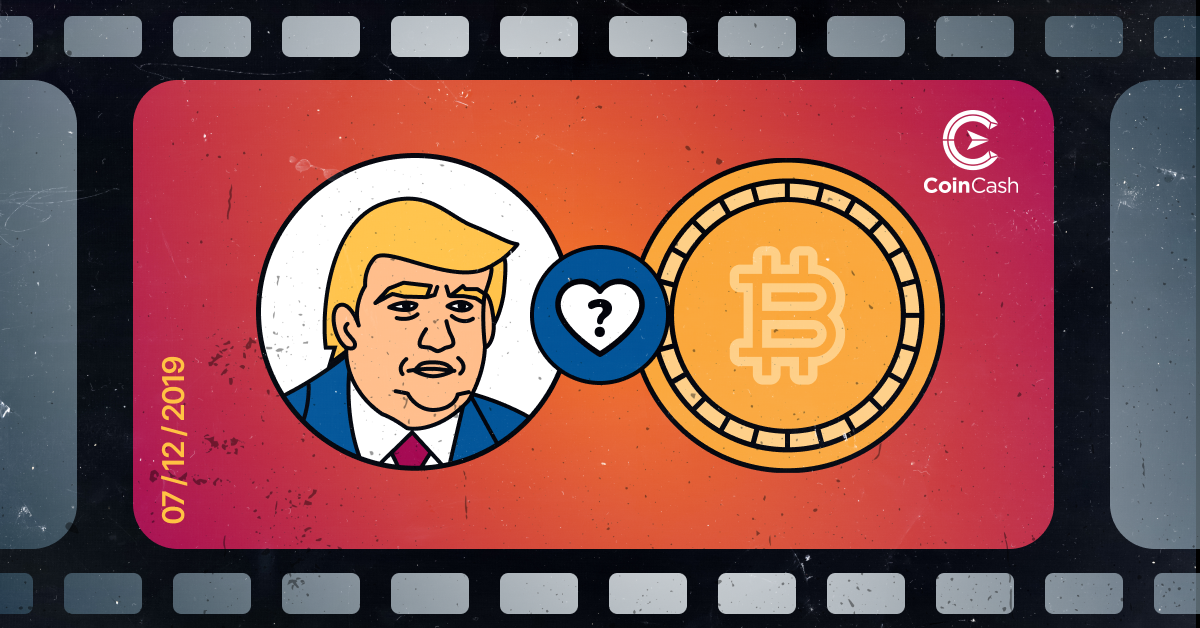 On 12 July 2019, then US President Donald Trump sent a message to the world about his view on cryptocurrencies. He warned everyone that cryptos “are based on the air”, had nothing to do with the concept of money, and were "encouraging illegal activity". While the president took a dim view of the rise of cryptocurrencies, his family and supporters jumped straight at the opportunity.

In addition to his above-mentioned opinion, Trump also condemned the idea of Facebook's Libra stablecoin and told the company that they would have to comply with the US and international regulations. He pointed out that Mark Zuckerberg was making an unnecessary effort, as he was going to lose his fight against them anyway. Trump made it clear that the USA has only one currency, and it is the US dollar, which was "stronger than ever". Bitcoin's price then fell from over $12,500 to under $9,000 on the 16th of July.

Opposing views on cryptos in the Trump family

Over the past year, Trump has made several speeches on the cryptocurrency, sometimes calling it "very dangerous" or "a potential disaster". He also declared that Bitcoin is a "scam" and should be regulated as soon as possible.

Meanwhile, his family was more positive about cryptocurrencies. For example, his wife Melanie Trump issued her first NFT last December. Well, it's another matter that the auction turned out to be a huge failure, and Melanie herself ended up buying her own NFT.

In a twist of fate, after Joe Biden won the US presidential election, a group of Trump supporters launched a cryptocurrency called "MAGACOIN", which referred to Donald's campaign slogan "Make America Great Again".

The only way is up

Despite the bearish mood caused by Donald Trump's first crypto tweets, Coinbase CEO Brian Armstrong considered it a victory that the US president tweeted about crypto at all:

“I dreamt about a sitting U.S. president needing to respond to growing cryptocurrency usage years ago. First, they ignore you, then they laugh at you, then they fight you, then you win” – he wrote.

Armstrong said that now the only way was up. To be honest, we share the views of the head of Coinbase and look forward to supporting Bitcoin's success.