The mystery of the hacking of Mt. Gox 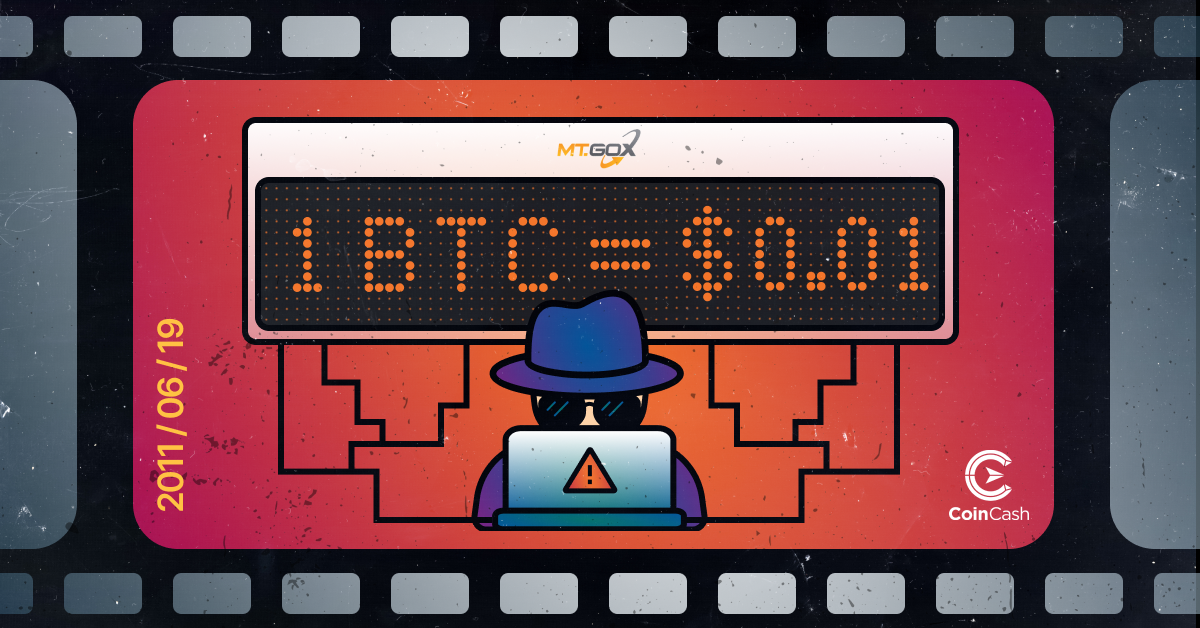 Instead of sunshine, the summer of 2011 started with a storm for cryptocurrencies. 11 years ago on this day, the price of BTC decreased from $17 to 1 cent after cryptocurrency exchange Mt. Gox was attacked. Join us and find out what happened behind the scenes!

The story began when a hacker gained access to the system by hacking into the admin profile of MrCaleb. He artificially lowered the price of BTC and then bought 2000 BTC, which was immediately transferred out of the exchange. While he was working in the background, the operators were completely unaware of what was happening. By the time they detected the attack and the subsequent outflow of funds, Mt. Gox's customers, taking advantage of the prices, had already bought about 650 BTC. The company then took several security measures, but by then it was too late.

One of the biggest attacks in Bitcoin's history

By 2013, Mt.Gox was known as the world's largest crypto exchange. However, behind the scenes, not everything went well, the platform was extremely vulnerable, and many people took advantage of that.

In 2014, another attack came around, which resulted in the loss of 850 000 BTC. The company shut down its operations, closed its doors, and according to the rumors the company's former CEO, Mark Karpeles may have been involved. The victims of the attack were repeatedly promised by the company that they would get their stolen money back, but full compensation never happened. Although the issue of repayment for victims has been raised repeatedly over the past year, no specific deadline has been given to former users. To be honest, Karpeles has been quite witty in the way he has handled the situation: recently he announced that some users will be eligible to receive a commemorative NFT – so no one could forget what happened.

Mt. Gox hack has now become one of the biggest attacks in Bitcoin's history. The lesson from the attack is that we should always stay vigilant and always be careful in the crypto yard.