Mayday, Mayday! What happened to the Bitcoin price? 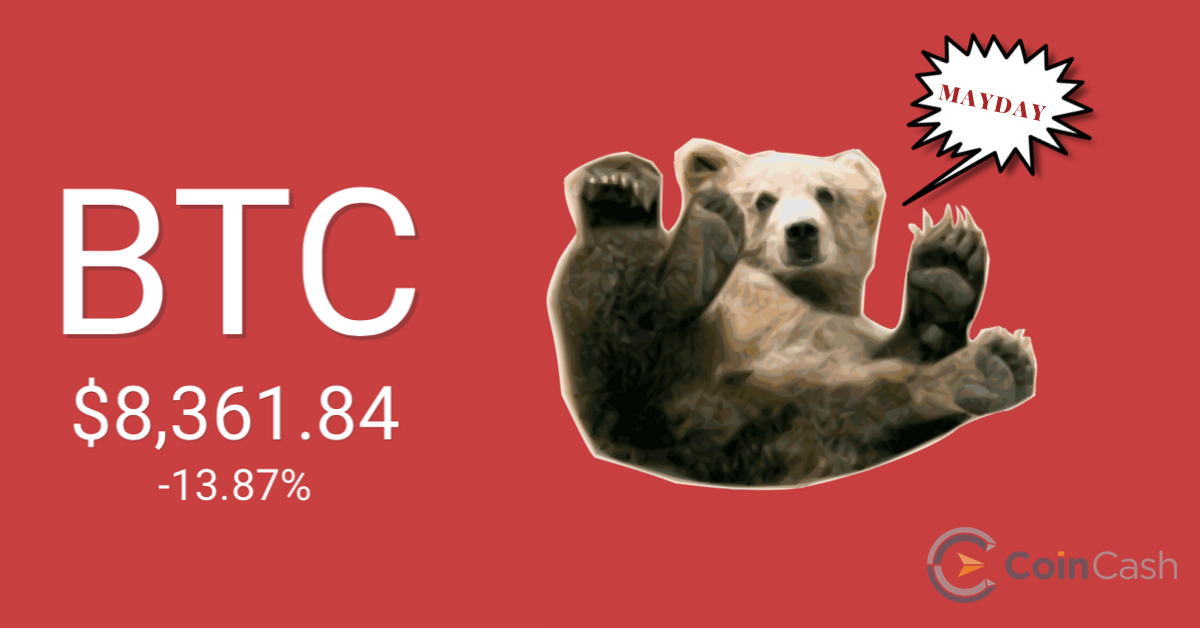 After the quiet snooze of the past few weeks, I almost dropped the phone this morning when I routinely opened one of my favourite apps on the subway to check where the Bitcoin price was heading after the Bakkt launch.

What do analysts say?

A Bitcoinist analyst said that Bitcoin's movement is drawing a declining triangle, which is a bear market signal.

Some investors, myself included, were hoping that BTC would break this resistance, especially after last week's altcoin rally.

According to Coinmarketcap, the lowest level was $ 8,370 in the last 24 hours, unprecedented since mid-June. This fall of almost 14% swept the entire market. Bitcoin Cash and EOS have about 25%, Ether nearly 16%, Litecoin, Ripple, Binance Coin, Stellar and dozens of altcoins also earned double-digit losses.

Like many others, Nye waited for this fall to build more extensive Bitcoin stocks.

Many of his followers said that he should have waited a couple of hours. He added that, in his opinion, the cumulative value counts, so he will continue to grow his Bitcoin portfolio.

Fortunately, yesterday I was just thinking about whether I should buy some coins or not, but today I'm sure that I'm going to convert some of my savings to Bitcoin.