Satoshi is in the Oxford dictionary 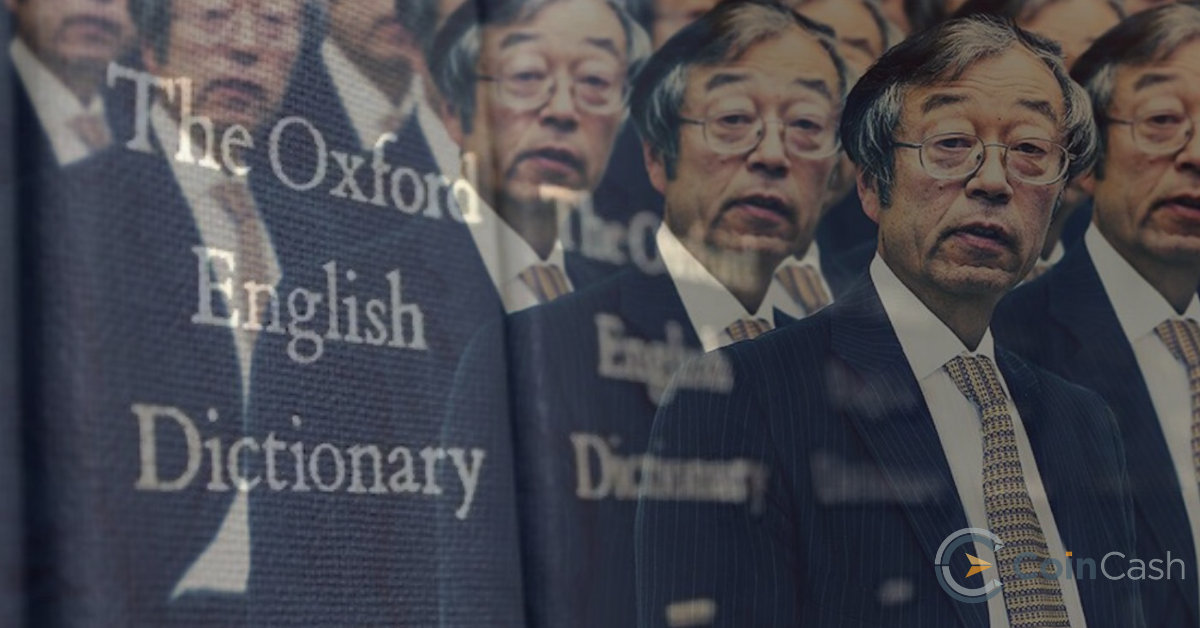 Official - Satoshi, the smallest divisible unit of Bitcoin, is now an English word. Although used for years in the circles of the cryptographic community, the Oxford English Dictionary (OED) added the term to its list of words only earlier this month.

In the update published on the firm’s blog, OED notes that the word is the most recent addition to its dictionary. They also added:

A satoshi is the smallest monetary unit in the Bitcoin cryptocurrency, and is named after Satoshi Nakamoto, the - probably pseudonymous - developer(s) of Bitcoin.

The dictionary also mentions that the word comes from a name - Satoshi Nakamoto, to be exact. Under this pseudonym, a cryptographic expert, or a group of them, started Bitcoin more than a decade ago. Whoever was Nakamoto, he managed to put his pseudonym in the Oxford English dictionary, which we admit is not an easy task.

Otherwise, it took 8 years for Google to do the same. The word "google" was added to the dictionary in 2006. At the time of its introduction, it had billions of users, and Bitcoin currently has 172 million economically relevant addresses.

When the Internet appeared in the 1990s, English was flooded with neologisms. Think of terms like hashtag, web address, link, troll, selfie, spam, etc.

Now people are facing the same difficulties in understanding what the blockchain and Bitcoin are, even though the media are using these terms 24/7. As the user base and acceptance grow, Bitcoin - sooner or later - will become familiar to everyone.